Whose evidence matters – a critique by African practitioners 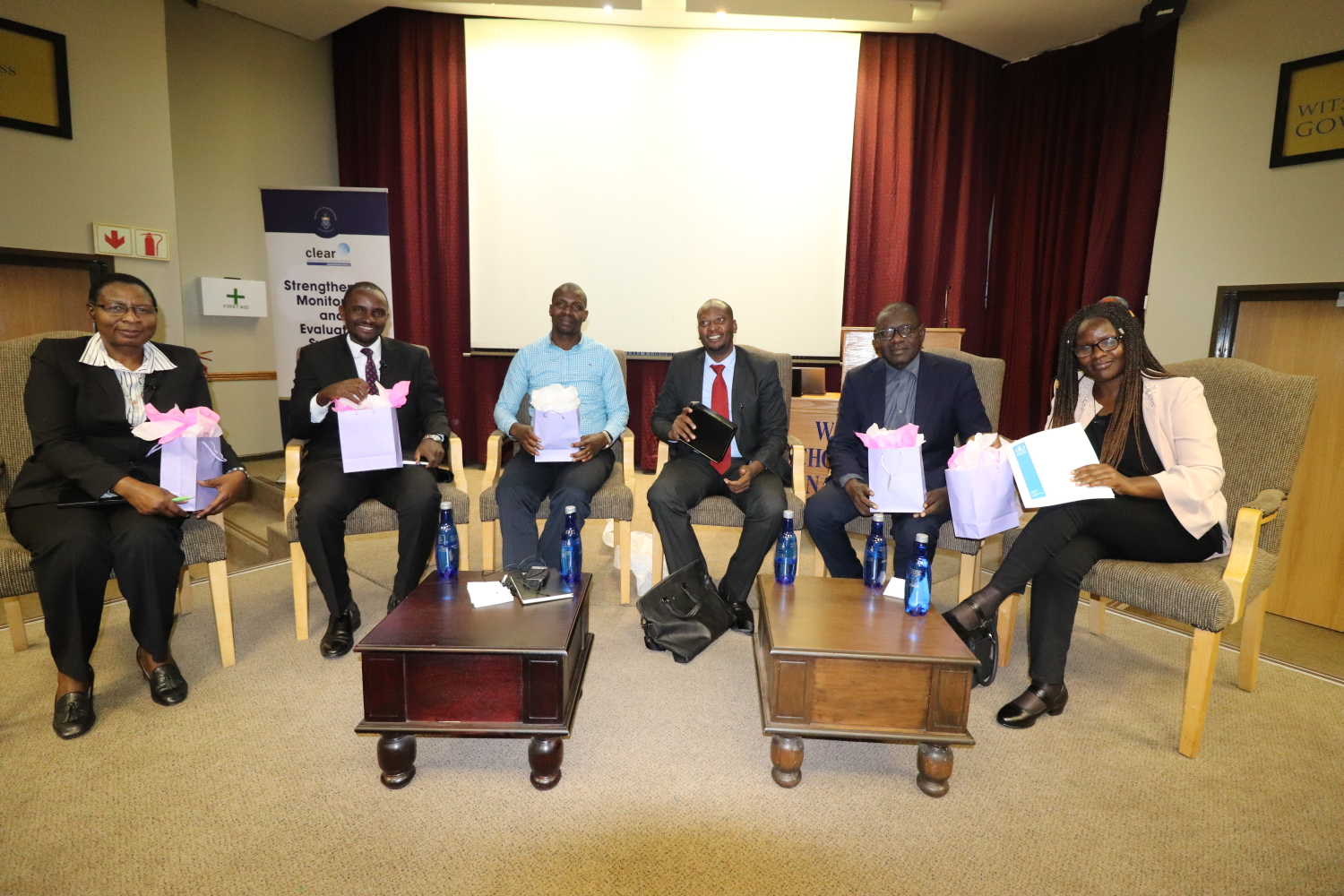 2019 marks the 3rd instalment of the delivery of the annual flagship Development Evaluation Training Programme in Africa (DETPA) implemented by CLEAR-AA. As per the tradition of this programme, a seminar geared to facilitate insightful deliberations on a topical issue from either scholars or practitioners was hosted. Significantly, a livewire seminar titled “Whose evidence matters – a critique of evidence-informed decision-making practice by African practitioners” and constituted by a panelists of practitioners from six different countries in the region. This seminar was purposed to explore some debates and experiences around EIDM and to explore alternative narratives of the African experience and ways of thinking around evidence use.  These panelists are from public and private institutions and they are responsible for policy making. The practitioners are: Ms Grace Igweta -  World Food Programme Regional Evaluation Officer (South Africa), Mr. David Waga - Senior Statistician (Kenya), Roland Bless Taremwa – M&E Systems Analyst in the Office of the Premier (Uganda), Ms. Saraphina Banda - Head of M&E in the Zambian Assembly (Zambia) and Mr. Thabo Makhosane - Director: Frontline Monitoring & Support in Department of Planning Monitoring & Evaluation.   Ms. Hermine Engel – CLEAR-AA Senior M&E Technical Specialist (South Africa) moderated the seminar.  Beyond the cited panelists, the event was attended by approximately 120 partakers representing M&E postgraduate students from the Wits School of Governance, academics, DETPA 2019 participants and members of the public.

This blog article aims to document some of the key themes solicited during the deliberations in the seminar. These themes included: frictions between theory versus practice of evidence in Africa, the politics of evidence and the timeliness of evidence. These concepts are cyclically presented below.

Post-independence, the majority of African governments aspired to improve the delivery of services towards their populace as well as improve or change people’s lives. This approach signified the importance of different levels of decisions and accountabilities which explain the rapid growth of evidence based decision making (EBDM) and evaluation field in the region.

From the onset, discussants highlighted the urgency to acknowledge the reality that it matters who produces the evidence.  This argument was propelled by the fact that EBDM is highly contested and complex field of study which entails the involvement of various stakeholders with divergent interests. Furthermore, these varied interests championed by these stakeholders introduce disparities between the purpose of generating and usage of evidence.

Generally, it was agreed that the continent has made strides in building institutions and systems towards embedding EBDM. However, the friction between the theories versus the praxis of EBDM remains largely unresolved. Although, the theories of EBDM are rapidly been systematised and institutionalized, more work aimed at improving the EBDM praxis still necessitates some level of attention. It is argued that the alignment between the two concepts has the potential to contribute towards enhancing EBDM processes in the region.

Linking to the previous paragraph, there is rich body of evidence indicative of the uptake of EBDM championed by various countries. As an illustration, in Kenya, there is a legislative and policy framework encompassing the users, producers as well as processes of evidence use. This corroborates with the Parliament of Ghana which require expenditure reports to be scrutinised prior the approval of new budgets. In other words, evidence of performance reports and programme activities should be presented to parliament before approving the next budget. The provided examples further affirms that there are existing systematic structures aimed at championing the use of evidence agenda.

However, in some cases the ruling regimes or governments have selective and linear appetite to the availed evidence produced via these institutionalised systems. Put differently, when findings are critical of the governing regimes are presented, politicians tend to be critical of the evidence emerging from such reports. Consequently, the cited politicians often opt to delegitimize the evidence of such reports. This implies that EBDM is politicized. This raises the importance of political goodwill which still needs to be improved across some of the African countries.

The timeliness of evidence in the evidence ecosystem predetermines the usefulness of evidence. Simply put, the production and availability of evidence should be timeous as well as in sync with the intended intervention cycle (programme or policy). The majority of the panelists emphasised that, in some instances evidence is not retrofitted within policy cycle. This could imply that there are misalignments between the producers of (think tanks, research institutions etc) and users of evidence (policy makers, parliamentarians etc).  In addressing the cited challenge, it was proposed that evidence producers should continuously strive to collaborate with the users of evidence. This could potentially contribute towards the improvement of the EDBM praxis in the region.