THINKING DIFFERENTLY ABOUT DISSEMINATION OF EVIDENCE

After joining the network I am a new person thinking about dissemination differently. Looking at what the AEN is doing in terms of marketing and publicising evidence, it actually opened up my eyes to see how differently I can contribute to evidence generation and use in my work, workplace, and sharing with other professionals.

Jean Providence Nzabonimpa is a monitoring and evaluation expert at the African Capacity Building Foundation, the specialised agency of the African Union, headquartered in Zimbabwe. He joined the AEN in early 2018 and the reference group the same year. Of the many things he values about being a member of the network is the potential to disseminate work widely, as he explains

"When you are a professional one of the most ridiculous things is to talk to yourself, when you are a member of a network you are talking to others, you are listening to others, you are learning from others, and the most valuable aspect for me is that voice is echoed across the continent. In the past I would share an interesting tweet about evidence, but none of my followers were interested in evidence. But I could see AEN colleagues, especially the secretariat, taking a tweet about evidence or a piece of research and they are going to circulate it… A piece of local research can go global because of being part of a network."

Considering the value he places on the reach of the network, it is therefore not surprising that a story of change for him is how the AEN has influenced his outlook in relation to the dissemination of his own work:

"After joining the network I am a new person thinking about dissemination differently. Looking at what the AEN is doing in terms of marketing and publicising evidence, it actually opened up my eyes to see how differently I can contribute to evidence generation and use in my work, workplace, and sharing with other professionals." This change has manifested in two ways. On the one hand, the example that the AEN sets in marketing and publicising evidence has led him to think differently about his own use of social media. He is in the process of reviving his social media accounts and “blogging journey”, and also has a personal website under development.

In addition, it has made him rethink how he disseminates the results and recommendations from his own research and evaluations, as he explains: "Professionally I would say before [my] AEN membership it [the dissemination of my work] was quite timid. I have been doing research and evaluations since about 2007, but most of my work have nice recommendations and that was the end. They were shared and I couldn’t actually take those findings any further into something actionable. But now when I have finished a piece of work I say, OK these are the recommendations. How can I sell the findings into evidence of what decision-makers and policy-makers can use? Before AEN it was a kind of passive evidence generation which was ending there and filed. Where I am now I cannot allow any piece of research or evaluation to go unnoticed, unused." 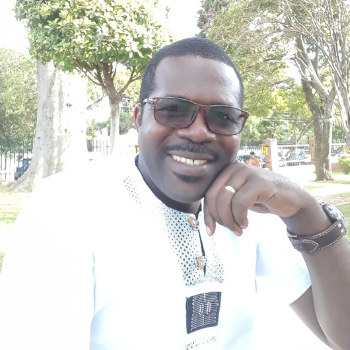 ~ Jean Providence Nzabonimpa, monitoring and evaluation expert at African Capacity Building Foundation, specialised agency of the African Union
Back to story categories Back to Stories of Change
Previous Next