What happened on day 3 of Africa Evidence Week? 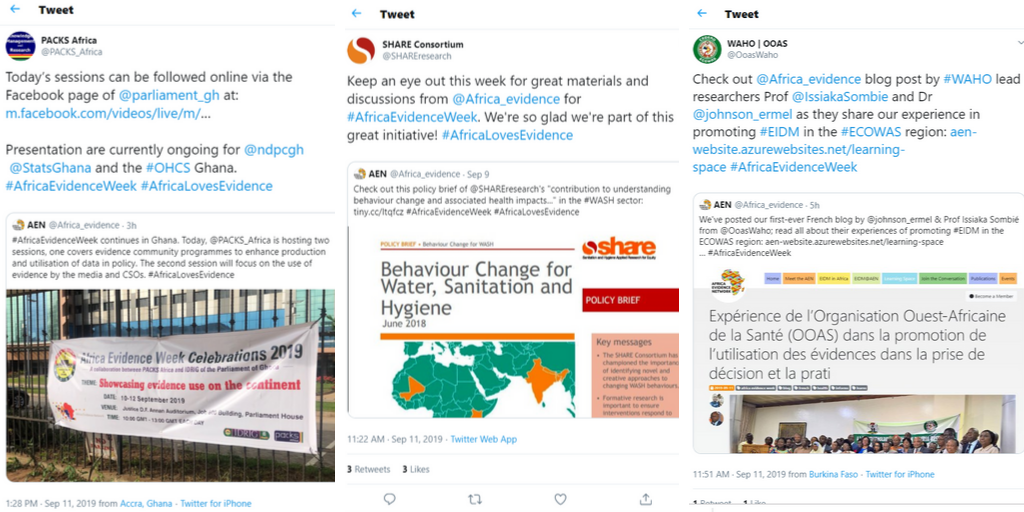 The third day of Africa Evidence Week has continued to be a celebration: from the @Africa_evidence account we've had 12700 impressions, 70 retweets, 84 likes, and 32 clicks per link. Some of the highlights from this busy day on Twitter include:

Some highlights coming up today include a pan-African meeting of evidence champions working in evidence-informed decision-making in Africa, a blog about bringing sunshine into Africa's homes, and a short animated video sharing the history of the Network.

Remember that the conversation is happening on Twitter until Friday - you can still join in by following #AfricaEvidenceWeek. Together, we'll show the world that #Africalovesevidence.